In this month’s outlook I analyze: 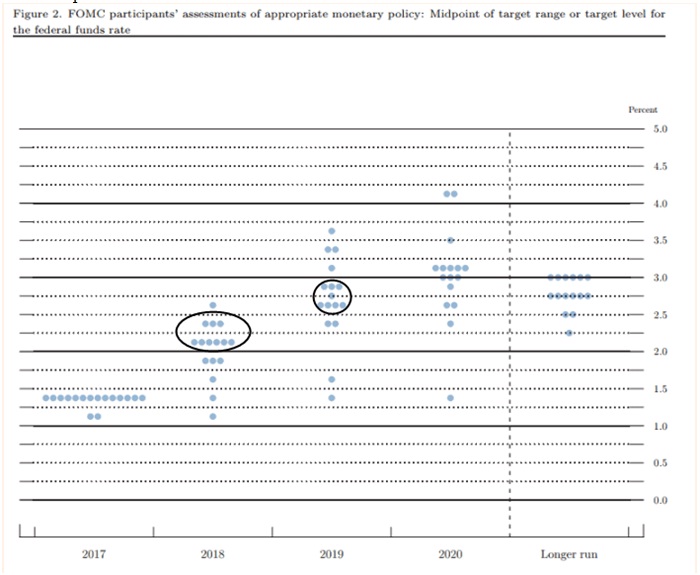 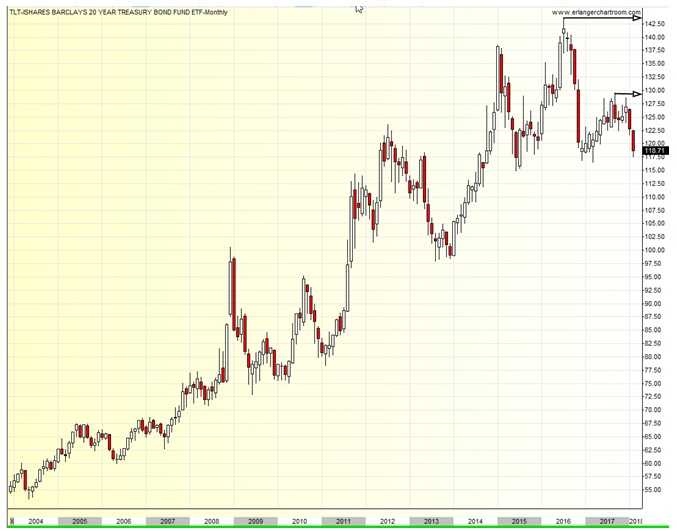 How much will bond interest rise to. Let’s take the 10-year Treasury. Historically, the 10-year normally reflects inflation plus a premium of about 2% to 4%. This means the 10-year should be about 5% (2% inflation plus 3% premium). Investors must realize that as the Fed tries to normalize rates, the 10-year could climb from the current 2.9% to about 5%. Investors should realize there is more upside for rates and potentially more disruption to the markets.

Targets for the Markets

Consensus earnings estimates have jumped since tax cuts were passed:

Every week Barron’s posts weekly consensus forecasts for the Dow 30. I keep track of them as estimates of earnings forecasts normally lead the markets. As the table above shows, since the tax cuts were passed the 2018 earnings consensus growth has increased from about 10% to about 18.50%. Similar estimates have been made for the S&P. Normally, the markets will match the growth in earnings, and this means the markets should be up about 18% in 2018.

Performance for the markets have been pulled forward. There are probably a few reasons (some of the reasons are listed in this bear case) why the markets won’t be up 18% this year:

Performance has been pulled from prior years:

The Dow 30 was up about 14% in 2016, even though earnings were up about 4%. Most of the gains were due to a pro-business President being elected, and P/E multiple expansion.

This means the markets were overvalued by about 25% (10% 2016 overvaluation plus 15% overvaluation 2017) coming into 2018 because of the markets overshot their growth rates in 2016 and 2017. The market needs to digest market gains of the previous years.

P/E multiples for the markets and stocks probably won’t go higher, and may come down. The historical P/E is about 16 about where we are now.

As the market ages, earnings comparisons going forward will become more difficult. Rising inflation and interest rates will be a headwind for the economy.

Below are my current market forecasts for 2018:

Using average historical P/Es and if earnings meet current earnings estimates, the markets are overvalued by about 6%.

Below is a chart for the current market:

There is a lot going on with this chart, let’s review: 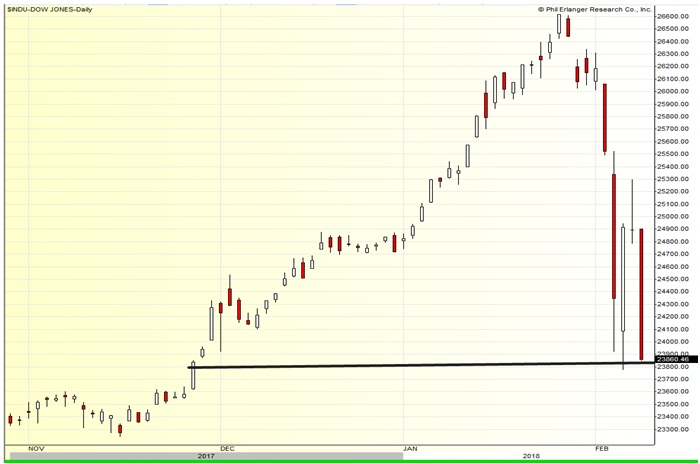 So what will probably happen to the markets going forward?

We have probably found a short to medium-term bottom. It’s earnings season, and earnings are strong, so it’s possible that prices could test the old high and maybe even make new highs.

If prices don’t recover to its old highs, prices will probably trade between the high of about 26,500 to support 23,700, making a topping formation, the last stages of a market cycle. We see this with popular stocks like Apple.

Apple has essentially been going sideways since last July with support at around $150 and resistance around $177.