This month I will focus on this economic cycle, U.S. interest rates here, and the global trend of negative interest rates.
First let’s review some of the primary U.S. economic indicators. 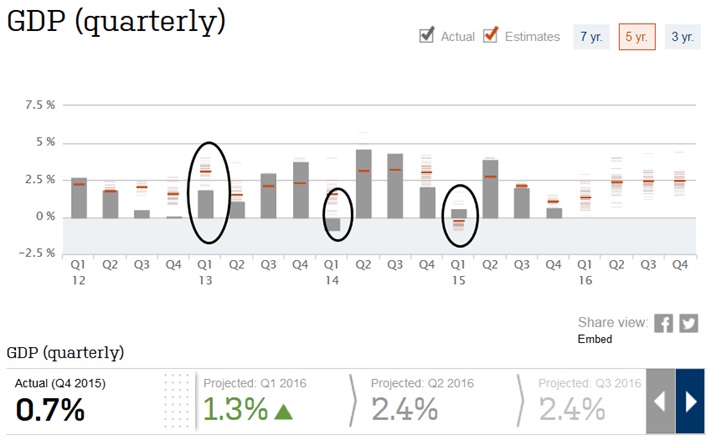 The U.S. economy is the strongest economy among the developed economies (U.S. Canada, Europe, Japan), mostly because most developed economies are anemic.
Below are the trends and forecasts for U.S. GDP:
Economists are forecasting that GDP only grew about 1.3% for the first quarter 2016. Notice on the chart above the first quarter over the last few years that GDP was the weakest quarter of the year. This 1st quareter trend is one of the reasons why economists believe growth for the first quarter will also be weak. The reason why GDP growth was weak the last few years was because of very cold weather for much of the nation. This year winter was warmer, so growth may be better than forecasts.
Economists believe that growth will be better the remainder of the year.
Employment
Unemployment is now about 5%, about half since the start of the Great Recession. Below is a chart of the trend for unemployment: 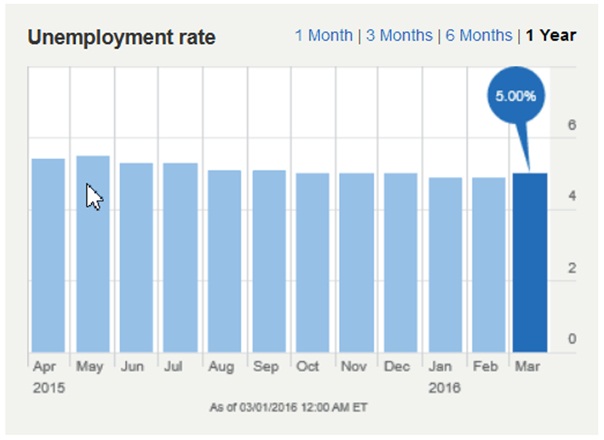 Below is the trend for retail sales: 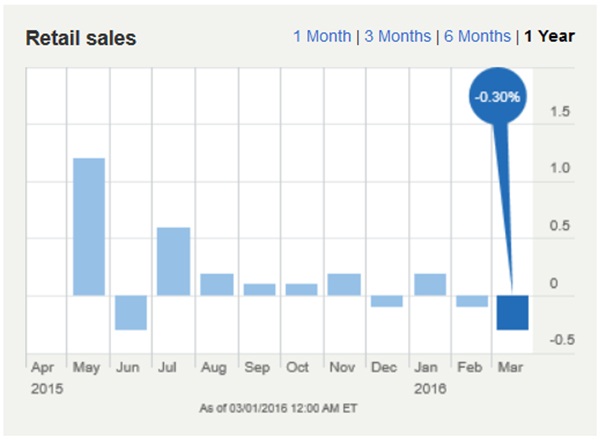 Source: Merrill Lynch
Retail sales have been disappointing, especially considering our low unemployment and the windfall from low energy prices.
The weak sales number in March was due to low auto sales. If auto sales were taken out, retail sales were up about 1.8%, a bit of an improvement. 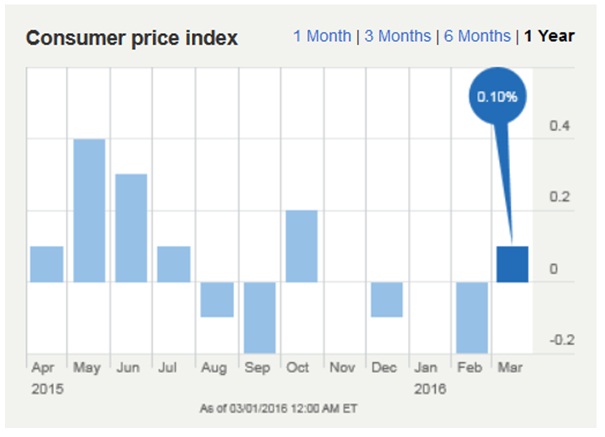 Source: Merrill Lynch
Because inflation remains low, the prospect that the Fed will raise rates again is lowered.
The Trend of Negative Interest Rates

The central banks of Europe, Japan, Switzerland, Denmark, and Sweden have all announced negative interest rates in an attempt to reflate their economics.
Below is a chart showing the trend in interest rates for Japan, the Eurozone, and the U.S.: 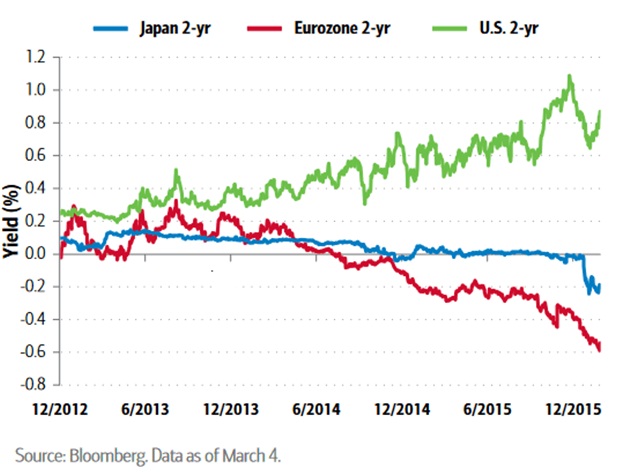 I never thought I would see negative interest rates, it’s hard to believe. When I took investment classes many years ago, we were taught that interest rates should reflect inflation, especially if you’re an investor/lender that needs to protect the purchasing power of a dollar. This was true for decades.
Rates reflecting inflation changed after the Great Recession that started in 2008. Interest rates were used to stimulate the economy. Negative interest rates are meant to keep borrowing costs low, and for banks to loan out their funds rather than keep them on their balance sheets as cash equivalents. Some financial institutional bank deposits will now be charged a small amount if certain deposits are not loaned out.
The global environment of ultra-low to negative interest rates are starting to take a toll:
With other economies instituting negative rates, it will make it difficult for our Federal Reserve to raise our rates.
Chairperson of the U.S. Federal Reserve Janet Yellen was asked if the Fed would consider negative rates and her response was “We wouldn’t take those off the table, but we have work to do to judge whether they would be workable here”.
The prospect of higher rates for retirees, insurance companies, banks, pension funds is remote.
One of the problems that I’ve been worried about, is that if we have a recession or a major financial crisis, the Fed would not be able to help our economy as it has in past recessions.
The best tool the Fed has to help the economy in a recession is to lower rates. Below is a long-term chart of the Fed Funds rate, recessions (shaded areas), and CPI. 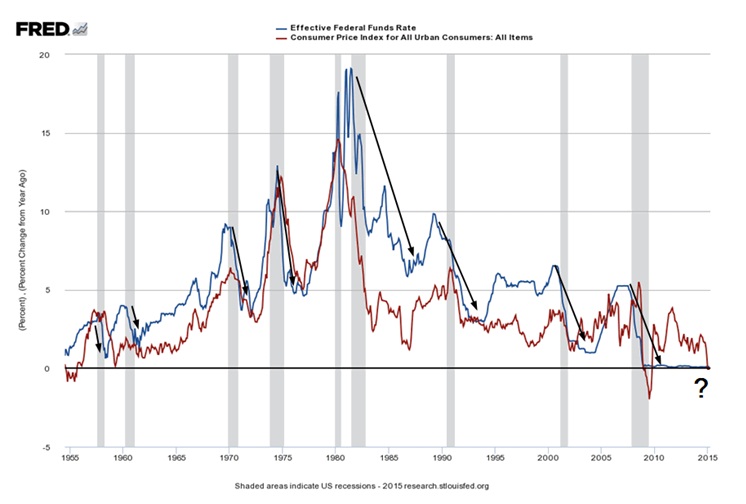 The chart shows the normal economic cycles of our economy. As an economic cycle heats up, so do inflationary pressures, then the Fed has to raise rates to slow the economy, the higher rates slows the economy, the economic sins of the cycle surface, we go into a recession, and the Fed lowers rates to stimulate the economy out of a recession.
As the chart shows, interest rates are so low that if we do go into a recession the Fed will not be able to stimulate the economy by lowering rates as they are too low. Does this mean that the Fed will institute negative rates, as she stated “We wouldn’t take those off the table”.
Negative rates will cause banks, insurance companies, retirees, pension funds to feel more economic pain, and it could cause a recession to last longer than most recessions.
As I’ve been warning for some time, investors should be cautious, as the Fed is running out of effective monetary bullets to help our aging economic cycle.