Are the Markets Overvalued and Overbought?

This market is acting peculiar this late in an economic and market cycle; some of it has to do with the new President. Many of us did not anticipate the results of the election. Also, when there is this much change and uncertainty the markets normally become more volatile.

The bullish nature of the current market has a lot to do with the potential of new stimulus for the economy.

This report focuses on valuations and price action.

Below is a current chart of this bull market that started in 2009:

This is normal price action. Once a bull market is underway, it is best to wait for pullbacks to the trendline to add to or make new investments.

Prices did not significantly breach the trendline, meaning the bull market remained intact. 2011 was a tough time for investors and the markets due to the Arab Spring, Grexit, and the triple tragedy in Japan.

I thought the market would have a difficult time after this topping pattern. See the next section about earnings and valuations.

Earnings Growth and This Bull Market

Earnings is one of the main drivers of stocks and markets including the current bull market. To understand why earnings are so important to stock and market valuations, click here to read my article about the impact of earnings and stock/market valuations.

Below is a table of the earnings and valuations of this bull market: 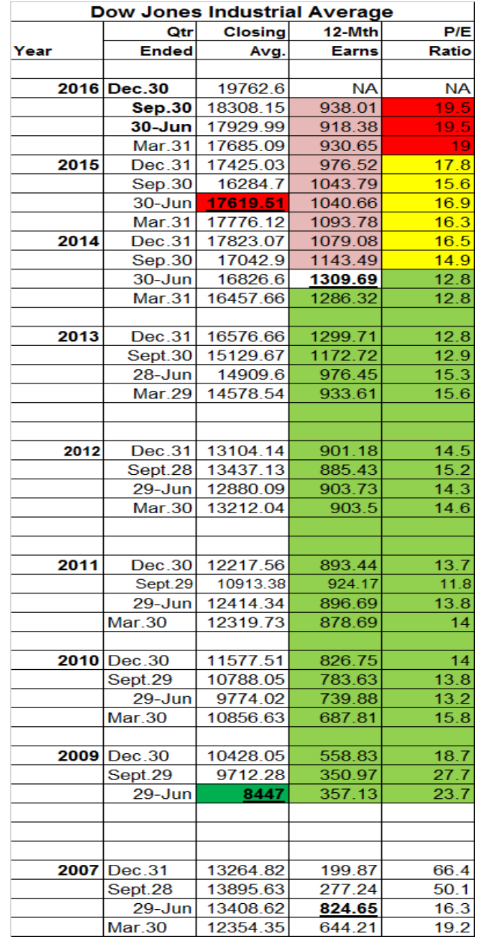 Investors should start investing when the markets are basing (moving sideways after prices have found a bottom during a bear market), but more importantly when earnings visibility starts to improve.

Personally, in 2015 I had about 44 stock investments. Today I have about a dozen.

I’ve been an investment professional for over 30 years, and the important lesson that I’ve learned, confirmed by years of personal research and experience - you make the most amount of money, with the least amount of risk when you invest in stocks when they are undervalued and oversold, at the beginning of an economic, market cycle. This requires research, patience and discipline.

Interest rates, inflation and oil prices have all started rising. A headwind for valuations.

I was quite surprised to see P/Es expand this late in the cycle. The current parabolic move also makes me nervous.

Below is a chart of the current parabolic move of the market: 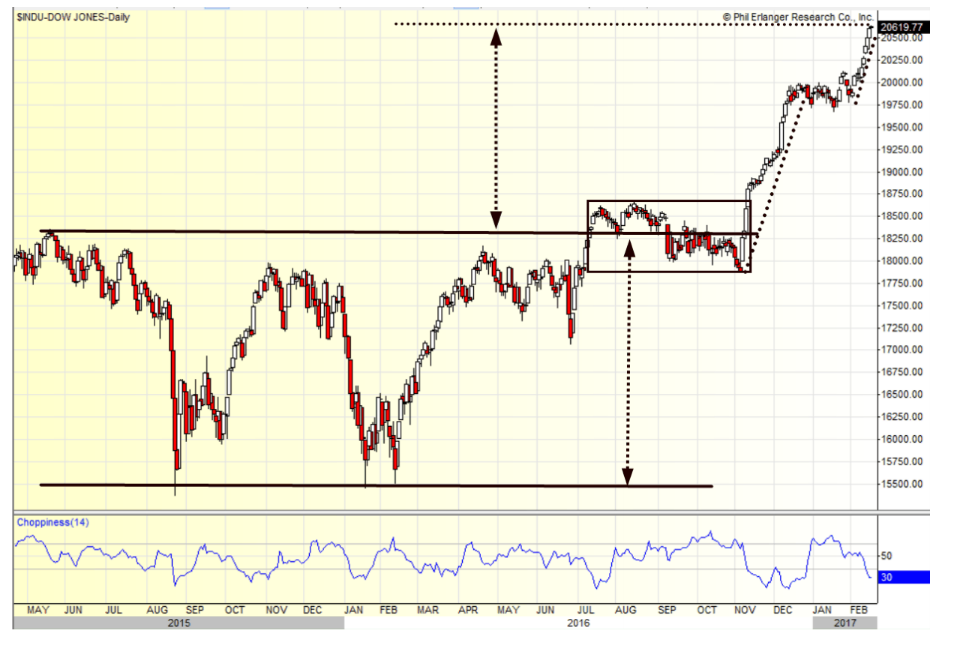 First, let’s list some of the reasons for the parabolic move:

When you see parabolic moves, it is normally a sign of speculation. The almost 90 degree trendline will be easy to break causing a sell signal, so these speculators will take profits or sell to minimize losses. These parabolic moves are difficult to sustain.

If no action is taken soon in terms of tax cuts and infrastructure spending, we could see profit taking, and a reversal of the parabolic move.

It is best to buy assets when they’re cheap, and sell them when they’re expensive (unless they pay a dividend that has a long history of increases and a moderate payout ratio.

I will be writing my short-term investment, trading strategy that should be out in March. The long-term strategy is to buy when stocks are undervalued and oversold, have a long-term view and take profits when prices are overvalued and overbought, and as a market and economic cycle are in its mature phase.

I will write more about the President’s economic proposals and the potential impact on the economy and markets. My research report should be out toward the end of March. My research will show that many of the President’s proposals will not create the economic growth that will create millions of high paying jobs. The promise of more high paying jobs is one of the main reasons President Trump was elected.

It’s hard to really tell what’s going to happen. I’m surprised that there has not been any significant profit taking as nothing significant has been passed to help the economy.