In this outlook, I will focus on technical/price analysis. Technical analysis is focused on the trend of prices, and is not concerned with what a company does, or its valuation.

The markets are up double digits so far this year, but the leadership in the markets is narrow, and many stocks are going sideways, or are bearish.

Below is a chart of this market cycle: 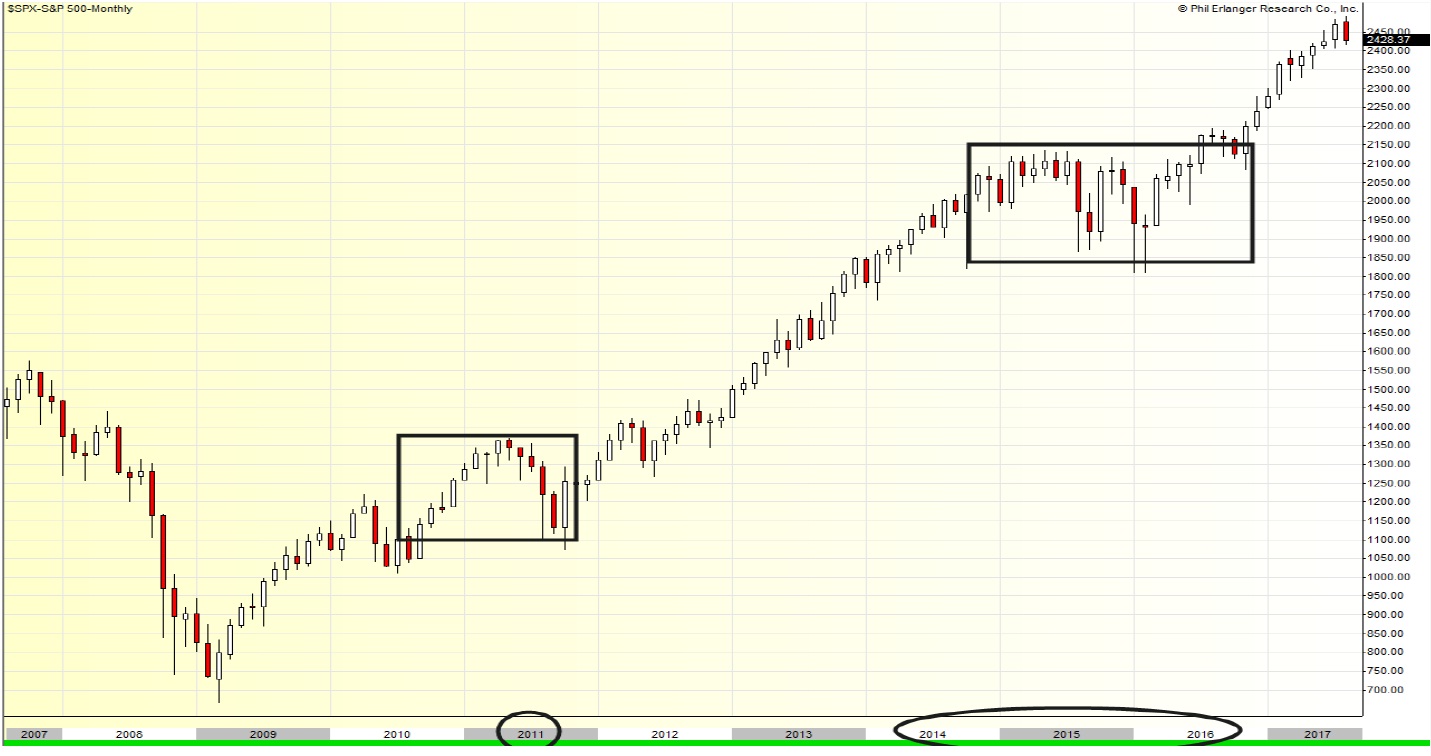 The oil price collapse impacted our energy industry with many layoffs, and bankruptcies that caused credit spreads to widen, a red flag for the economy. Many of us thought the current economic and market cycle was close to ending and that the global economy would enter a recession and bear market.
The markets reflected an earnings recession during 2015, and 2016.

One of the reasons for the strength in the markets is the market was able to break above long-term resistance, the 2,100 level. The market had lots of supply, resistance at 2,100. Investors and traders that bought at the 2,100 area were potential sellers, supply. For the period from 2014 to 2016 these participants were either breaking even or losing money, and they wanted out. Once those sellers were out, there were fewer sellers, supply above 2,100 so it was easy for the market to make new highs. This is normal behavior when new highs are made.

Let’s take a closer look at the breakout, and the technicals for 2017.
2017 Technical Analysis of Market
Below is a chart of the market for 2017. 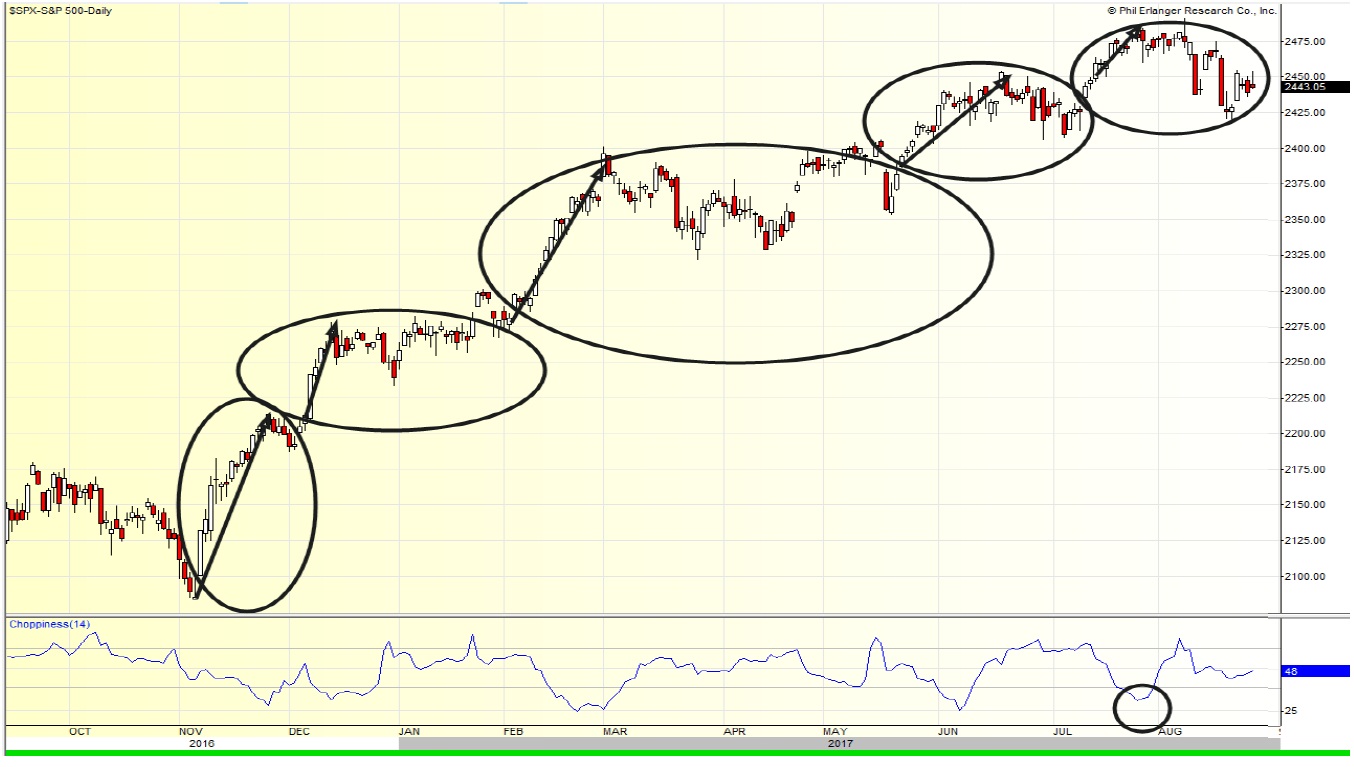 The market normally recovers by November. The market could get stronger toward the end of the year. Robo buying by hedge funds, high frequency traders and financial planners have been buying on dips, and could keep the markets from falling too much. Most of these buyers don’t pay too much attention to valuations.

The strength in the markets are growth, technology stocks. The NASDAQ 100, a.k.a. QQQ, is an index and is heavily weighted towards technology growth stocks. Below is a chart of the QQQ: 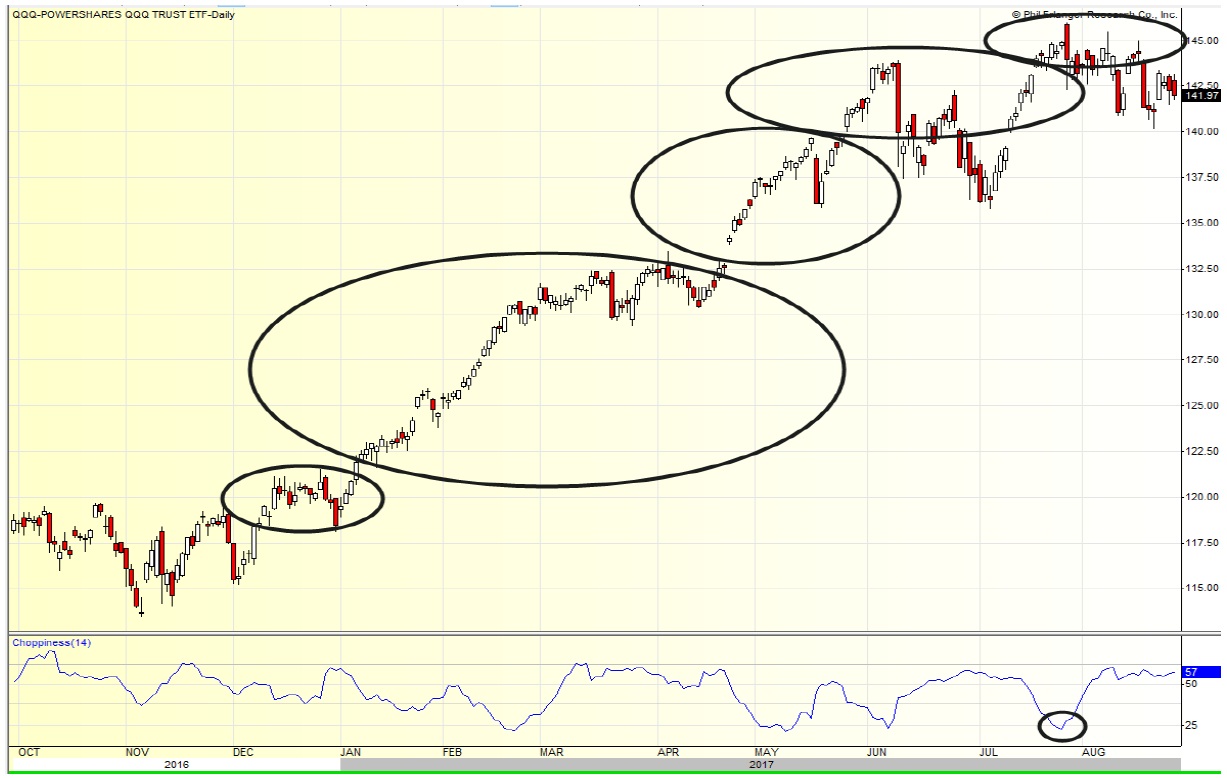 The QQQ chart basically looks like the previous chart:

Many stocks and indexes have had lackluster performance. Below is a chart of the Transportation Index: 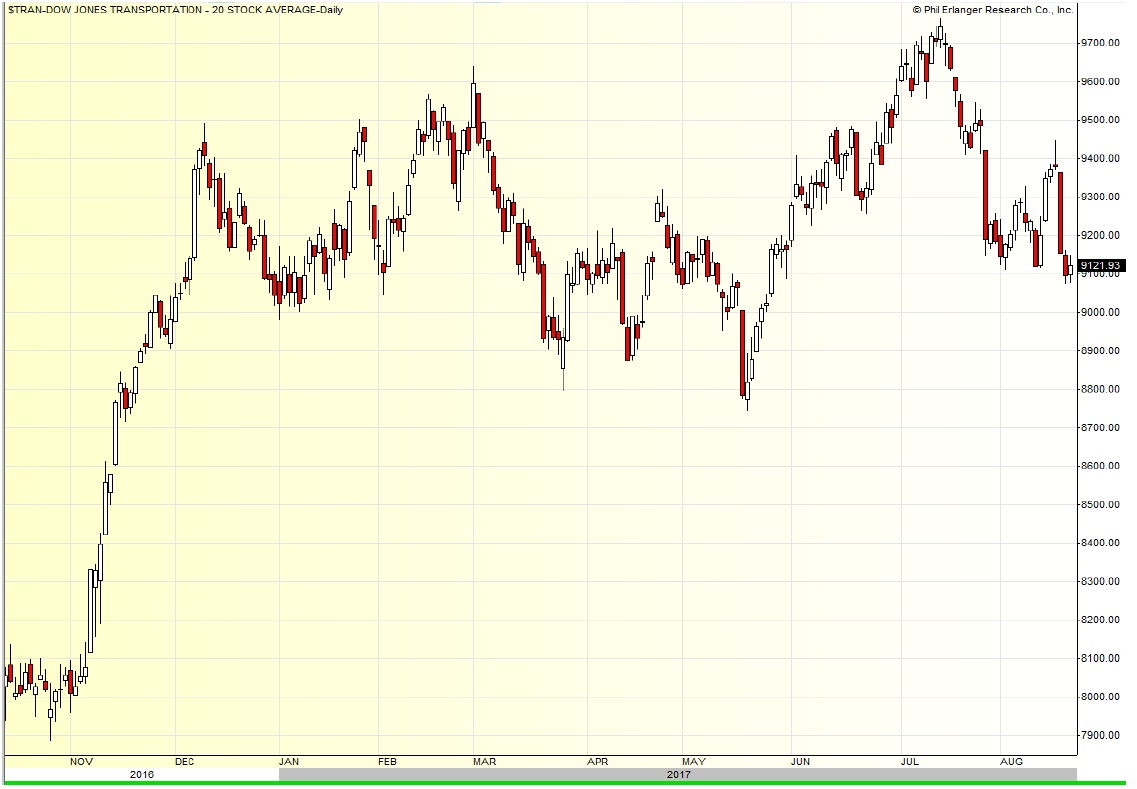 The Transportation Index rallied on the news of the election. The index has gone sideways since.

Trends like this are called topping patterns and are bearish.

The reason why this chart is important is because of Dow Theory. One of the tenants of Dow Theory is that the Transportation Index must confirm the general market trend. When there is a divergence, then the trend of the market is suspect. Since the Transportation Index has a bearish topping pattern, this means the market’s bullish pattern is suspect.

The reason for the confirmation tenant was that the economy could not be doing well if the transportation companies weren’t doing well. Admittedly, in our service, knowledge based economy, transportation stocks aren’t as important as they used to be.

My clients and I own dividend stocks. They were the leaders in this market cycle, as retired investors need income. Dividend stocks became popular for retirees in this low interest rate environment.
Below is a chart of one of our holdings, Kimberly Clark, symbol KMB: 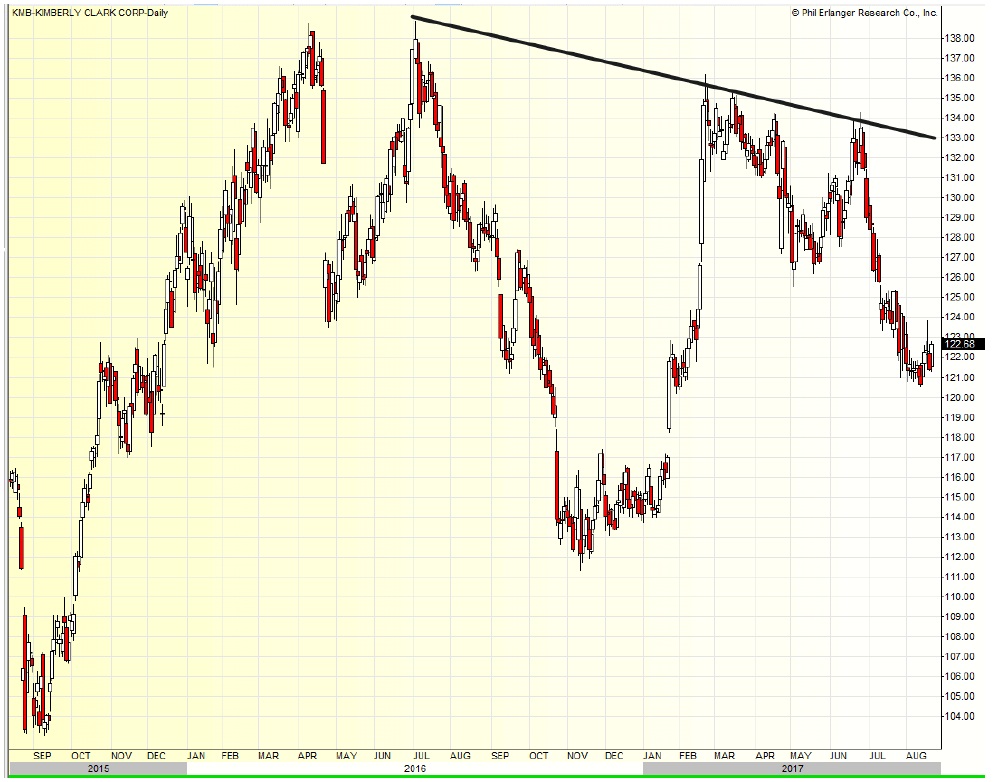 The stock is essentially the same price as it was about two years ago. Again, the trend is called a topping pattern, specifically a rounding top. This pattern is bearish. Participants are selling the rallies as evidence by the lower highs of the chart.

Be cautious, be patient, and be disciplined. Make sure you raise plenty of cash for the next market cycle.