The market is doing much better than I expected, despite sluggish economic and earnings growth.

The market is doing much better than I expected, despite sluggish economic and earnings growth.

Below are some of the reasons for the better than expected market performance:

Below is the trend for employment, job creation: 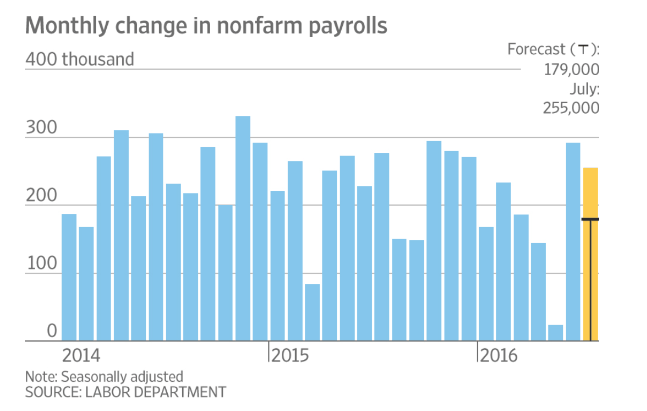 Job creation was strong most of this year (except May). In July, expectations were 179,000 new jobs, but the actual announcement was a surprisingly strong 255,000 new jobs.

Even though job creation has been solid, economic growth is a worry: 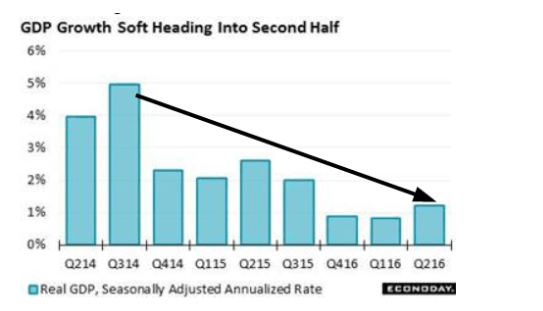 Economic growth for the last 3 quarters is about 1%. The trend for the last two years has been slower growth.

Earnings growth is expected to be negative this year, and earnings forecasts keep heading lower: 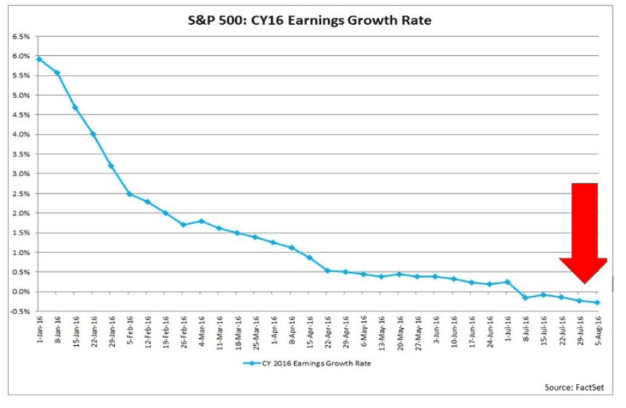 Since earnings and growth are weak this year, performance may be borrowing from 2017, if the forecasts are correct. 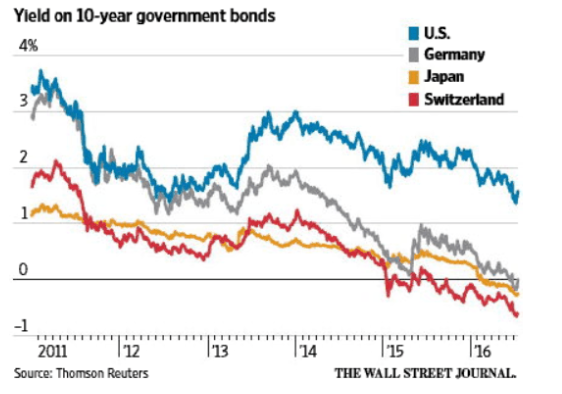 Negative interest rates have been a big surprise for many economists, analysts and investors.

Low yields are causing investors to seek income from dividend stocks. Below is a chart of the Dow Jones Dividend ETF: 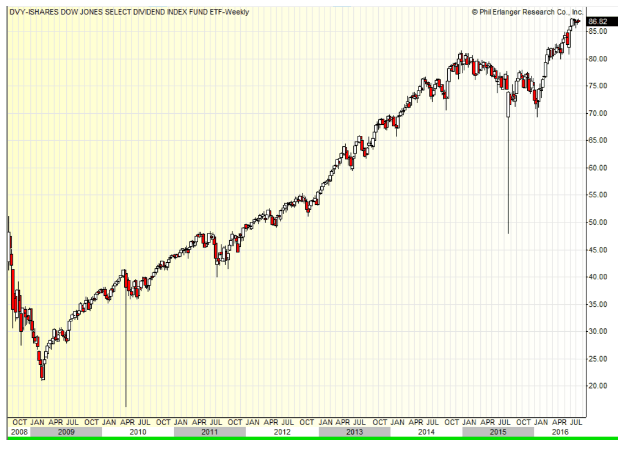 As dividend stocks get bid up, investors are rotating into higher risk areas in the market allowing the markets to make new highs.

Should you be buying at these higher levels? I’m not. In my last report, I explained it is better to invest/trade areas of the market that entered bear markets where the valuations are better, and there is less downside risk. 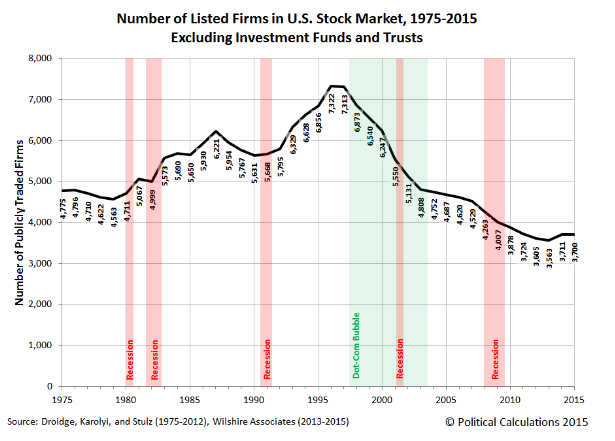 The biggest cause of this trend is mergers and acquistions, including companies taken private by private equity firms.

Companies also have been buyers of their own stock through buy back programs.

Buying by companies through buybacks, acquistions, mergers and also acquisitons by private equity firms has shrunk stock supply. The buy backs and less supply has lead to higher prices. 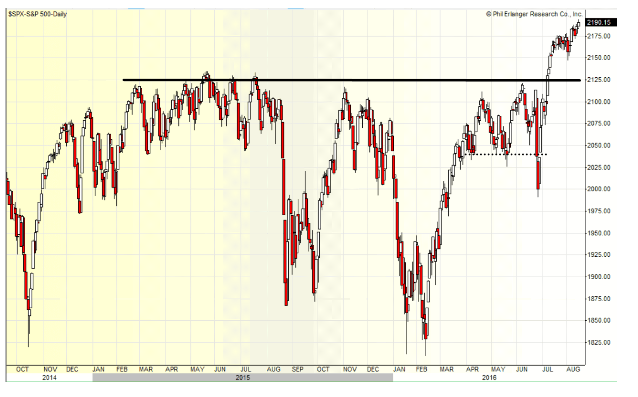 In the late stages of a bull market, prices normally start to top out and form a topping pattern. The topping pattern built long-term resistance at the 2,125 area.

Earlier in the year, I believed that prices would continue to trade from about 1,875 to 2,125 this year because of the weak earnings and economic growth, and that eventually prices would probably trade at lower levels.

We were starting to get a sense that the market recovered from the weakness at the start of the year when prices found support around the 2,030 area (except for the Brexit reaction). I underlined the period with a dashed trendline.

Normally when prices break above long-term resistance, a lot of supply/sellers are taken out. Once this happens, there are fewer sellers and it is easy for the markets, stocks to make new highs for a period of time. Once you break out to new highs your next potential resistance level could be round numbers, for the S & P it could be 2,200.

Also, once resistance is broken, the broken resistance now becomes support and a new resistance will be made. Normally, a new higher trading range would be developed, but valuations, weak economic growth, a potential rise in rates by the fed, concerns about our elections could cause prices to move to the previous lower range.

My next report will analyze the valuations of the markets. I’m very surprised that we have expanding P/Es causing these markets to be expensive.

This list above are the main reasons for the surprising strength of this market.

Once prices break out of a major resistance, we can expect new highs to be made on a continuous basis because supply and resistance have been taken out.

Higher prices mean higher valuations and higher risks. I will write about the high valuations of this market in a future report that should be out next week.

I maintain my outlook of caution, and invest or trade in the areas that are in bear markets that I explained in the last market outlook.

Lastly, I would like to quote the investment adage, investors are never wrong, were just early. I believe I’m early in being cautious.