Part I explains where we are in this economic and market cycle. Part II provides metrics to consider to de-risk your portfolio.

We are in the late stages of this economic, market cycle. The market is showing many signs of aging: many valuation metrics are overvalued; rotation in the markets and a lack of sustained market leadership; rising oil prices, wages, inflation; rising Fed funds rates and interest rates; most of the gains for this cycle have been made (most markets are up over 200% since the market low of 2009); we’re at full employment.

Below is my favorite chart. It illustrates the cyclical nature of our economy: 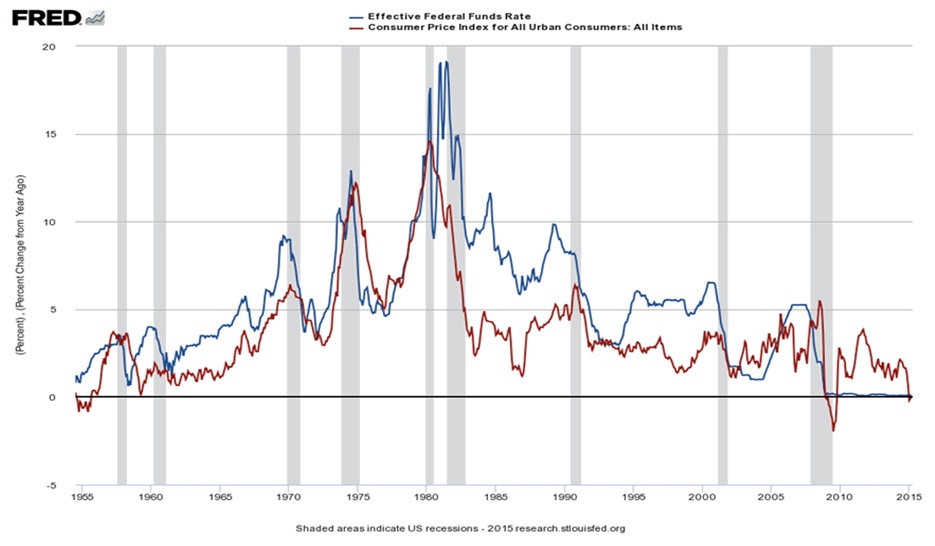 Below is a chart that shows the duration of each economic cycle since 1949: 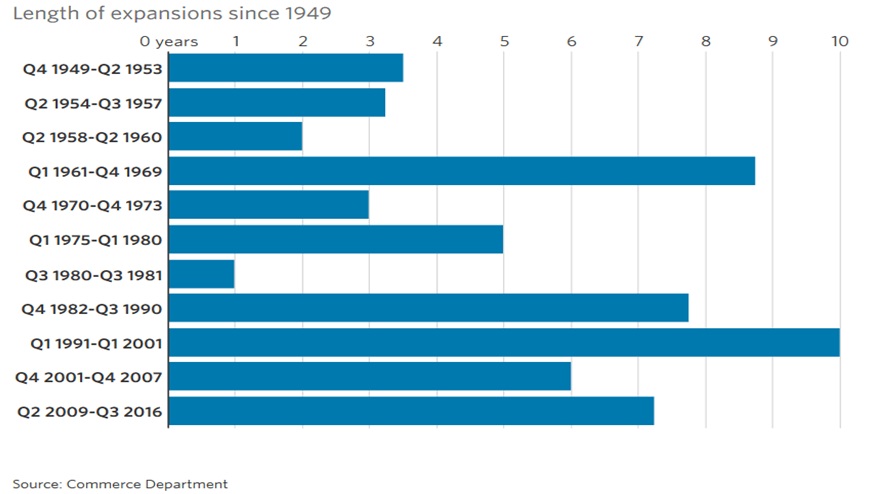 They chart only goes to 2016. If this chart was updated, it would be the second longest economic cycle post WWII.

The longest economic cycle was the 1991 to 2001 period. The digital technology boom was the main cause of the strong cycle.

The low growth of this cycle and the Fed keeping interest rates artificially low has kept this cycle expanding longer than most. This year we’re getting additional stimulus from tax cuts, de-regulation and a pro-business administration that has lifted consumer and business confidence. It’s unusual to have this much stimulus this late in the cycle. The stimulus is being financed by debt and it could cause interest rates to rise faster than businesses, investors and speculators would like. The large financing needs of our government could continue to be disruptive to the debt and equity markets.

The current cycle bottomed in March of 2009, so this bull market is about 10-years old, one of the longest in market history. We have more bear markets than recessions, but every recession has a bear market. Below is a table that shows the duration and performance of each bull market since 1962.

The average bull market lasts about four to six years. This bull market’s age is about twice that.

I don’t agree with the beginning and ending dates of the table. The table tends to use peaks and troughs. Actual bottoms and tops take time to develop, so the above days are overstated.

Below is chart of the current bull market: 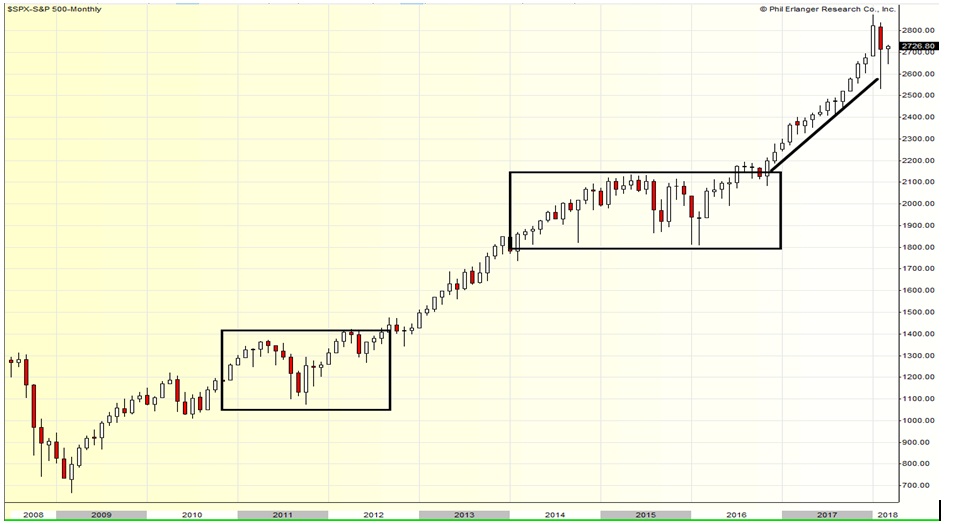 This has been a very long and lucrative bull market. Notice that the bull market was not a straight move up; pauses and corrections (prices fall about 10%) are normal in a bull market. In 2011 we had the Arab Spring, the triple tragedy in Japan, and the Eurozone and Grexit concerns.

In 2014, China was shifting their economic focus from exporting and manufacturing to the Chinese consumer. This caused many commodities to collapse and many of the countries that supplied China with commodities went into recessions. It looked like the bull market could have rolled over, but then we had the elections. Also, most commodity prices recovered and so did the countries that supplied them.

Notice after the election, the price trend accelerated thanks to a pro-business administration and a synchronous global growth economy. Now our economy and markets are facing headwinds, mainly caused by a shift from monetary policy (less stimulation from historically low interest rates) to fiscal policy (increased spending and lower taxes stimulation).

The market has been going sideways since late January. The market is one of the best leading economic indicators. Market tops take at least six months to build and the market leads the economy on average by about eight months. The big question, is the market starting to top, and is this the last phase of this economic and market cycle?

I’m often asked what will cause the next bear market and recession. Like the corrections in the market in 2011, 2014, the recession could come from outside of the U.S. including, China, North Korea, Iran…. Or, the Mueller investigation, so far there are more than a dozen indictments and four convictions. There will probably be more.

At a minimum, the market could tread sideways until valuations catch up with prices.

In Part II, I explain how to de-risk your portfolio. Part II should be out within two weeks.