Earnings forecasts for 2017 are higher. But, analysts are notorious for being too optimistic, especially as an economic and market cycle ages.

Below is the earnings trend for the Dow 30: 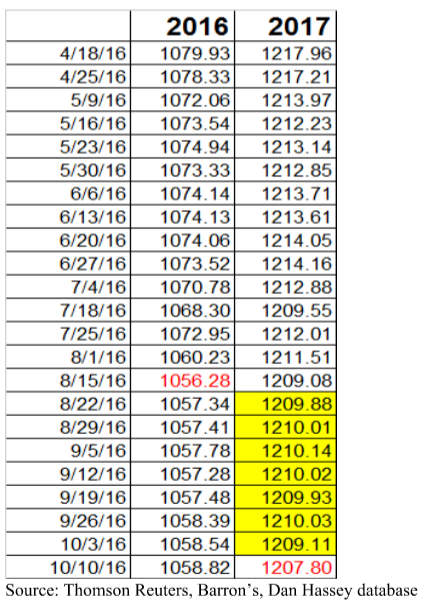 It is because of the changes in earnings forecasts is why I provide changes to my price projections for the S & P 500 and Dow 30. 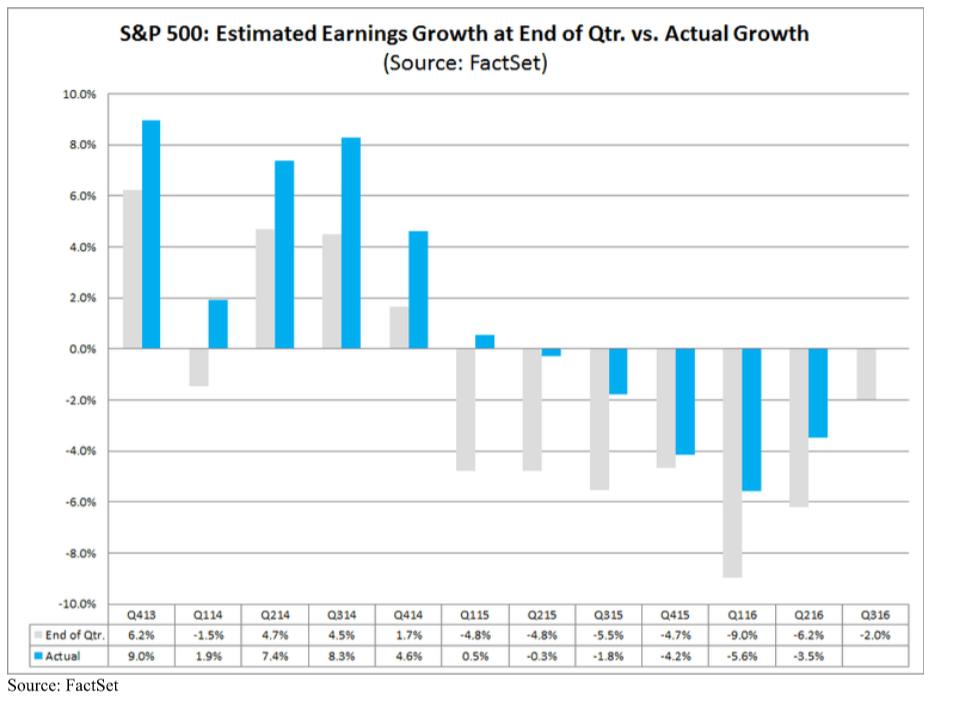 Analysts are forecasting a 2% decline for the 3 rd quarter, the current reporting period.

The chart does show that reported earnings were better than forecasts. Another reason why the markets are doing better despite weak earnings.

It’s surprising that the market is not down for the year reflecting the negative trend in earnings.

Below is a chart showing the important relationship between earnings and market prices. 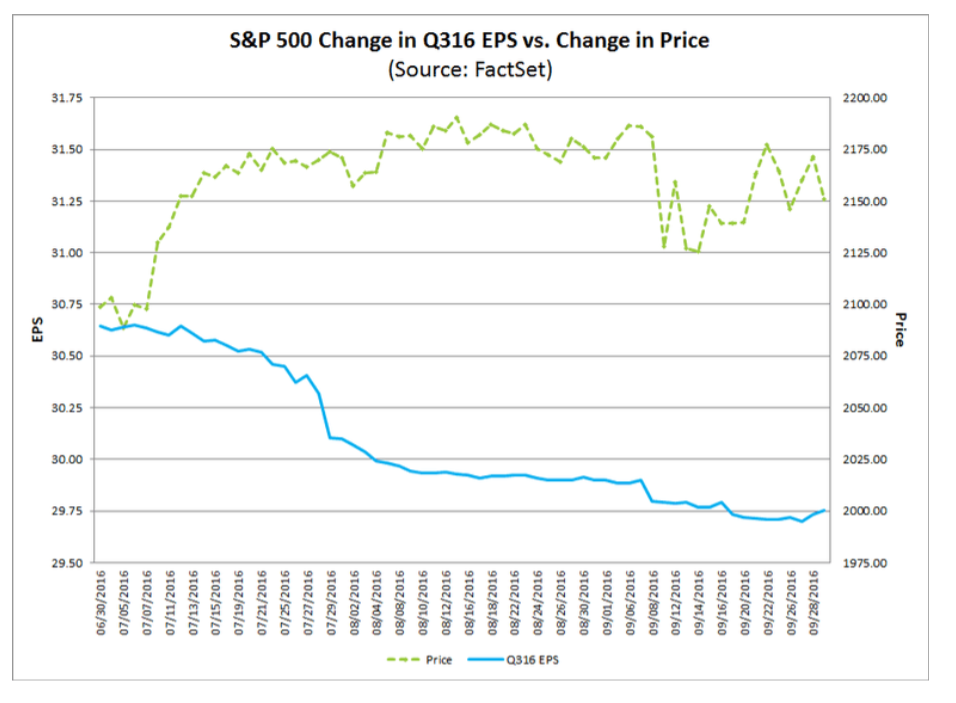 Despite earnings falling, prices have held up thanks to low global interest rates, and better than expected earnings.

Below is my latest forecast based on recent consensus forecasted earnings for the S &P and Dow 30. 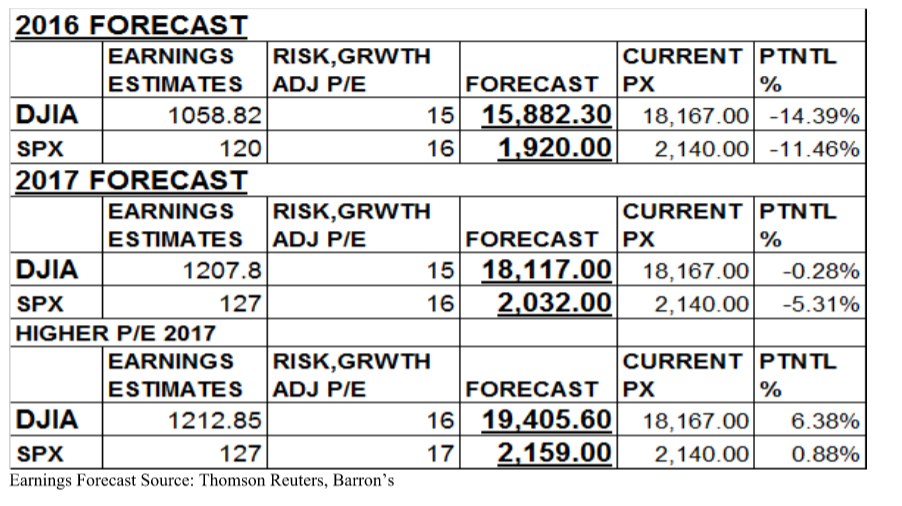 I use a lower P/E where I would pay for these earnings and markets based on slower growth, rising risks, and as our economic and market cycle is aging. Using a prudent P/E the markets are overvalued this year and next. From an investment point of view, 2016 is essentially over.

For 2017, if we use a slightly higher P/E for next year, the Dow 30 does have some upside, if earnings estimates are met. The S & P is fairly valued using a higher than normal P/E.

The markets will probably remain in its trading range that it’s been in for about the last two years. My next outlook will focus on the technicals, price analysis of the markets.